Kailash tour from Simikot begins with visits to UNESCO World Heritage Sites in Kathmandu then fly to Nepalgunj, a city in the western Terai plains of Nepal. From Nepaljung you will take the flight to Simikot from where your trek begins.

In May 1993 the governments of Nepal and China reached an accord that allowed the first treks across the border between the two countries. While it had been a route for Nepalese pilgrims for years, foreign trekkers were never allowed to trek from Nepal into Tibet. The journey through Humla, Nepal’s highest, northernmost and most remote district is culturally and scenically rewarding. It is only near Simikot, the district headquarters, that you will encounter people of other ethnic groups, mostly Thakuris and Chhetris.

A trip to Mt Kailash has always been regarded as a pilgrimage. It satisfies the romantic in us that the pilgrimage to Kailash is a difficult one. Whether you drive for seven days or walk for six days, it is still not possible to make a quick, easy visit to Kailash and Manasarovar. You cannot yet travel all the way to Kailash by helicopter or airplane. This is certainly as it should be. 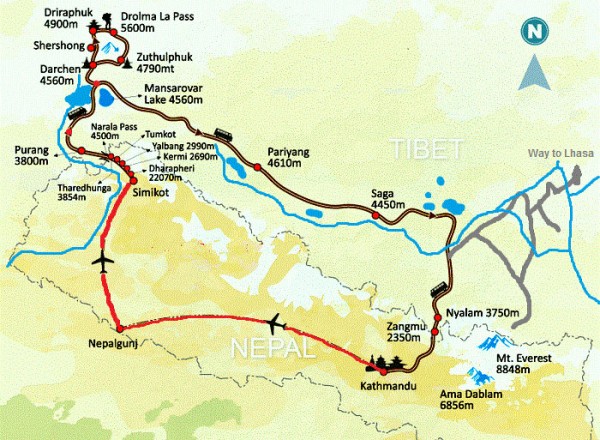 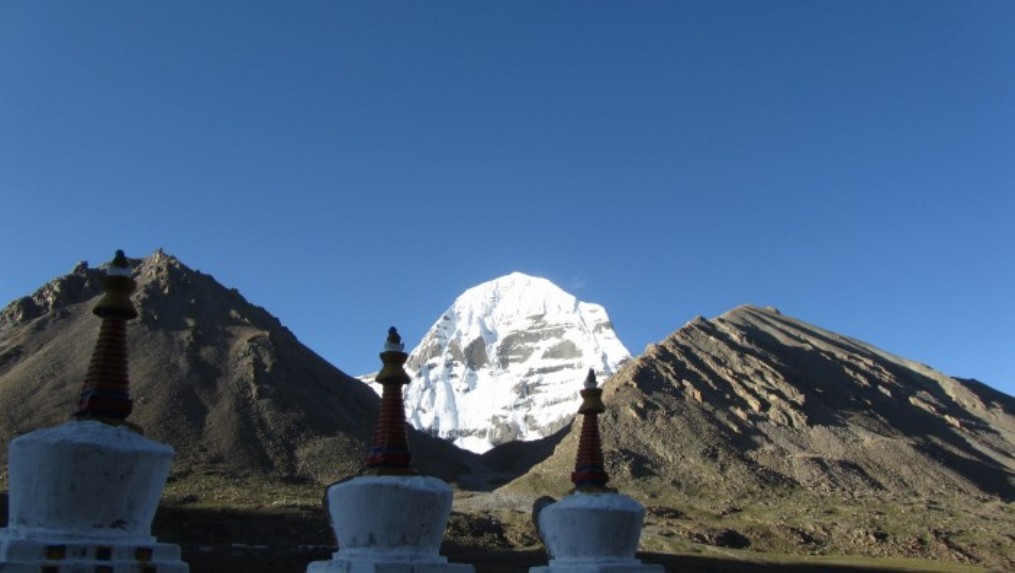